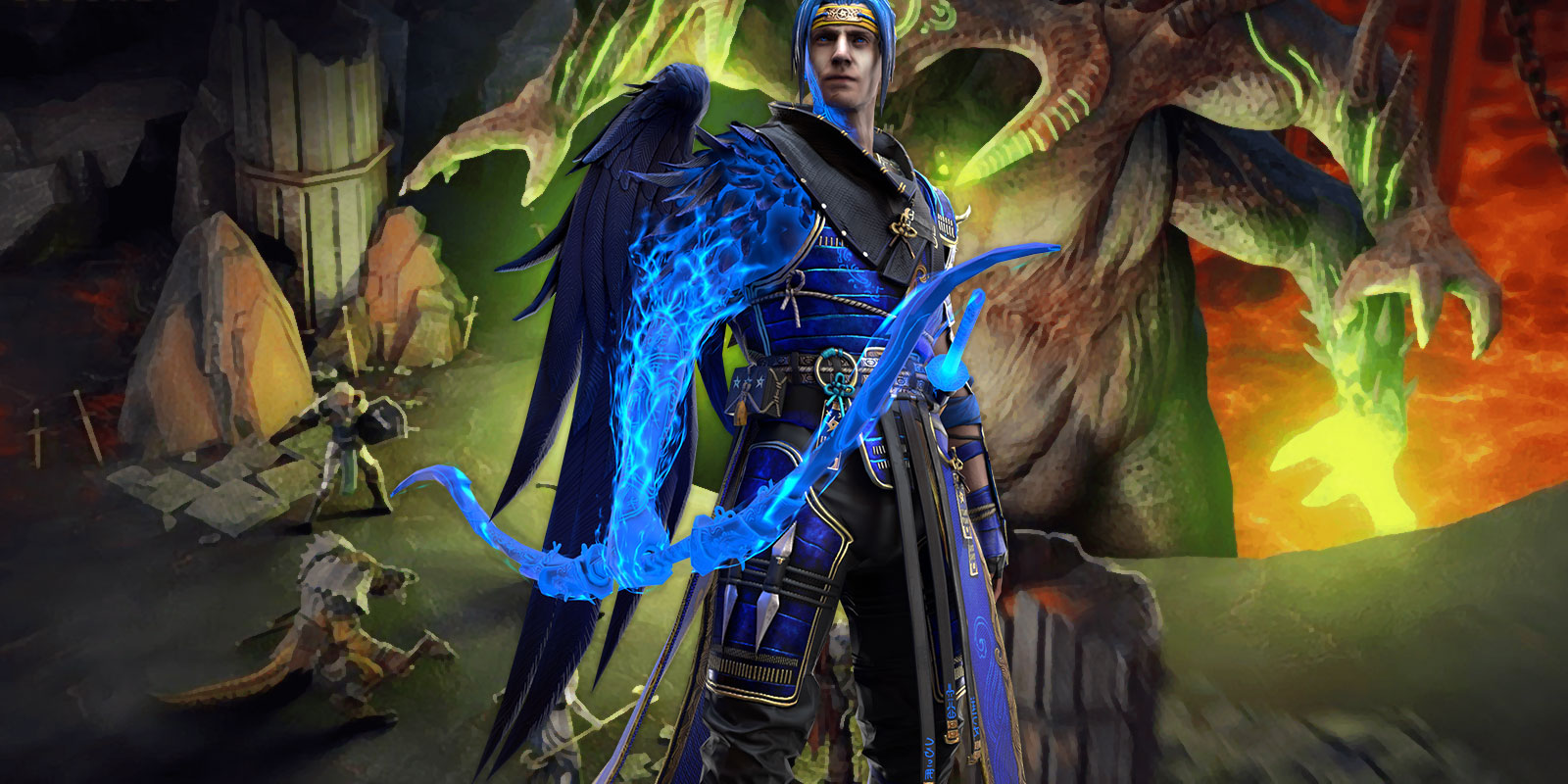 Ninja is a legendary magic champion from the Shadowkin faction. However, he is a rare champion. Only players who were playing at the time of his release could summon him after 7 days. These people are what I like to call the lucky ones!! At first, everyone was like “oh man, what is up with his face?” “I don’t think he will be any good” and “they will never give a great lego champ away for free!”. They were wrong, well except with his face!! Come on Plarium, we expect better from you!!

Yes, Ninja is an amazing champion and I am sorry players can’t at least summon or get him some way.

Attacks 1 enemy. Has a 45% chance of placing a 60% [Decrease DEF] debuff for 2 turns. Also fills this Champion’s Turn Meter by 15% when used against bosses.

Attacks 3 times at random. Each hit has a 75% chance of placing [HP Burn] for 3 turns. Also, places a [Perfect Veil] buff on this Champion for 2 turns.

Attacks all enemies. Has a 75% chance of placing a [Freeze] debuff for 1 turn.

When targeting a Boss, will only attack the Boss (not all enemies) and will ignore 50% of the target’s DEF. Will also decrease the cooldown of the Hailburn skill by 1 turn.

All three of Ninja’s Active Skills hit increases Ninja’s ATK by 10% (up to 100%) and C. DMG% (up to 25%) each time in a single Round. This effect can occur multiple times against the same enemy.

Why is Ninja so good?

As you can see Decrease Defence on his A1, HP Burn, and perfect veil on his A2. if that’s, not enough, Ninja has an AOE freeze on his A3 stopping enemies from taking a turn. The A3 also decreases the cooldown of the A2.

Ninja has the nickname Boss Killer for a reason! His entire kit changes when attacking a boss. The A1 adds a turn-meter boost. His A2 activates any HP burns on a boss with every hit, and his A3 will ignore 50% of their defence instead of an AOE freeze. To top all that off, his passive comes into effect, and when attacking the same enemy Ninja’s attack and crit damage increases. So it’s a nickname well-earned.

Ninja can be used anywhere in the game as a damage dealer and he is very good at it. He lives up to the nickname “The Boss Killer” and that is where he shines. Put him against any boss be it in the dungeons or Doom tower he will excel. Clan Boss is a different story. Because of his A1 and the turn meter boost he is very tricky to speed-tune. But if you can he will be a massive damage dealer no matter what level you are facing.

Here are two examples. One is on a newer account facing brutal and the other is from a very end-game account

As you can see he is the highest damage dealer by a mile in both teams.

Do you have Ninja? Where do you use him? Leave a comment down below, we love hearing from you!