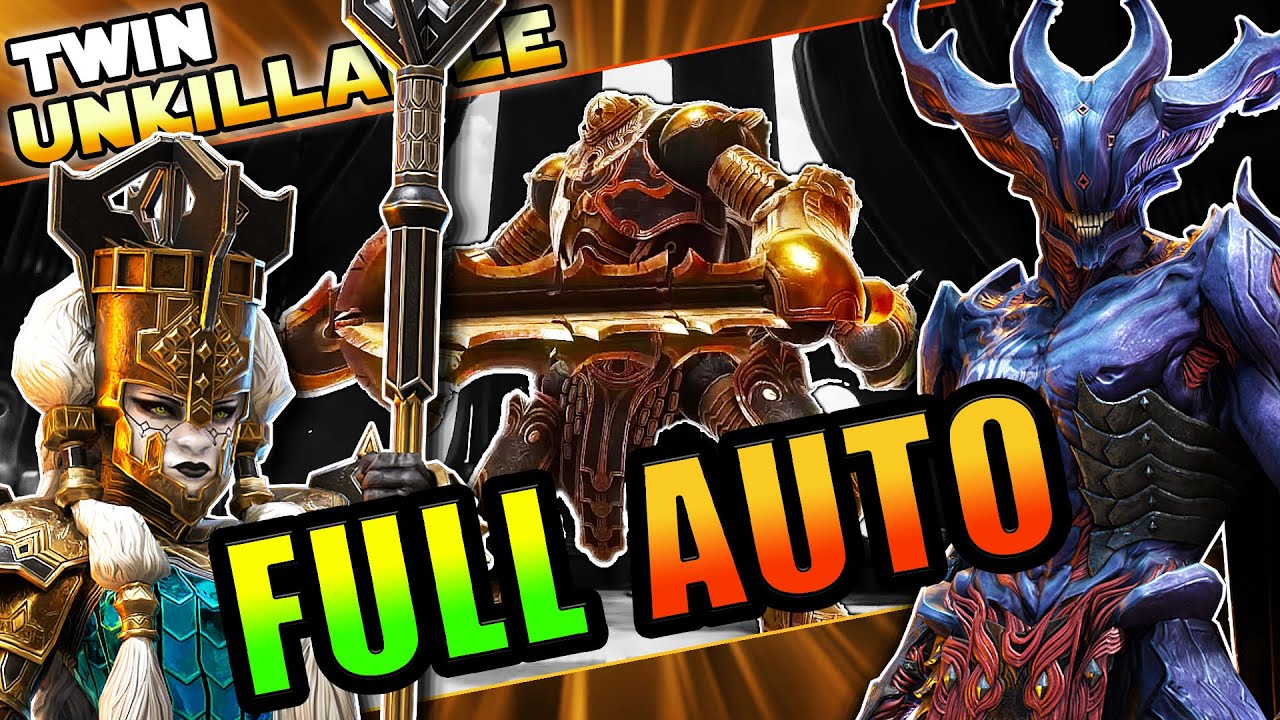 All anyone can talk about right now is the Iron Twins and how difficult it is, well here at Deadwoodjedi.com we are aiming to please everyone, so today we bring you another unkillable team in the form of a Full Auto Block Damage team! Overall teams for the Iron Twins are very hard to tune, however, I think we have a good one today, so let’s get to it.

The Iron Twins comp is probably the easiest to build to date and will probably be the Bateater of the Iron twins.

The team consists of;

You will need to build your champions with some health to survive the first hit. Also, the DPS champions need to be faster than Demytha and slower than Kurzad. For damage, you want as little as possible direct damage as we want the damage to come from Geo’s HP Burn and Occult’s Poisons.

Once you have the builds done in the speed ranges mentioned above and the team setup done, you are ready to go, you shouldn’t have any issues when running this team, if you do try tweaking the speeds or the masteries, as a counterattack mastery can cause an issue.

And that’s it, that’s the easiest Iron Twins team to build, I for one am now going to build this team for myself and if you have these champions I would recommend you do the same.

If you like the Iron Twins Dungeons, what do you think of the awakening/blessings? Leave a comment down below, we love hearing from you!