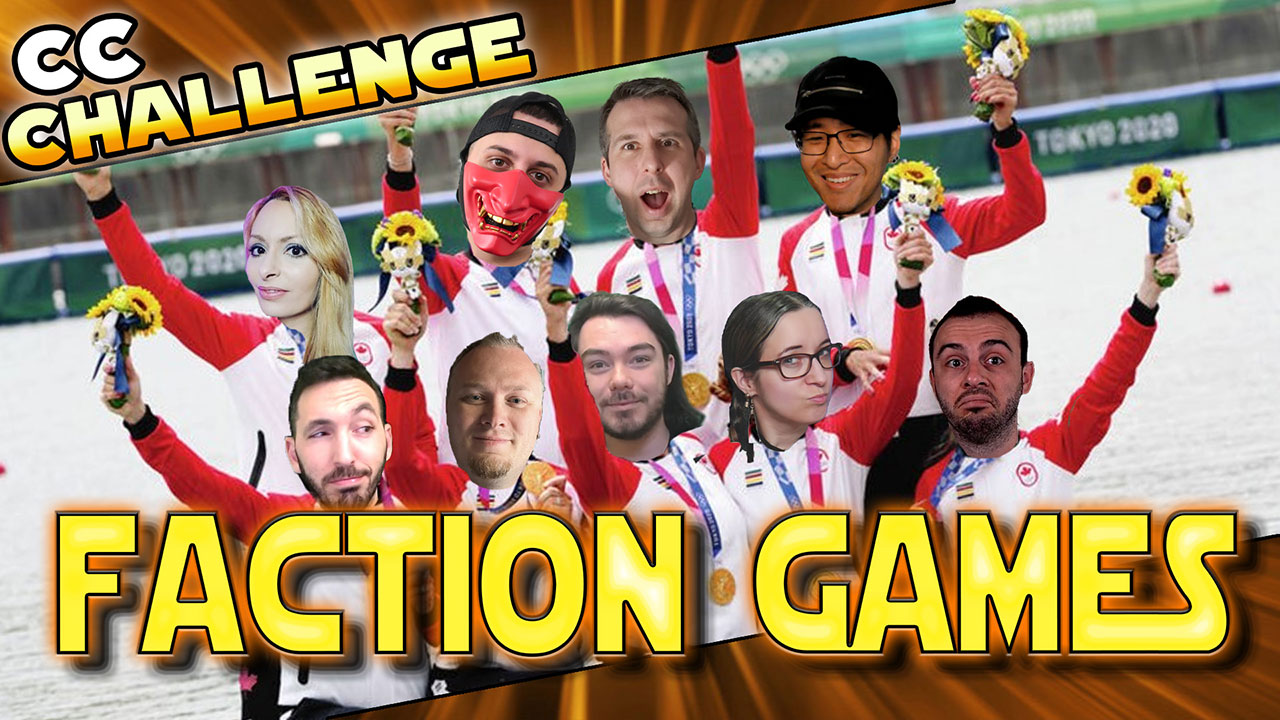 We’re excited to announce that Deadwood is hosting another incredible event, beginning on Sunday, 10th July! The Faction Games!

We’ll be providing full coverage of this event through its various stages over on the Factions Games Page.

What are the Faction Games:

The Faction Games is a Content Creators contest where they’ll be in teams of 3, each assigned a faction.

The members of the team will each compete in individual events:

Each Event will reward gold, silver, and bronze medals – and you guessed it, the team with the most medals at the end is crowned the Faction Games Champions!

As mentioned above, the Content Creators will be split into teams of 3, each individual Content Creator will compete in TWO Events. Here’s the line-up!

This is subject to change, but as it stands the current schedule looks as follows:

Each Event will be streamed at 10am Pacific/5pm UTC on their given days at twitch.tv/deadwoodjedi

Hopefully you, the community are excited for this event, as we sure are! See you there!