Ruella – is she that good? 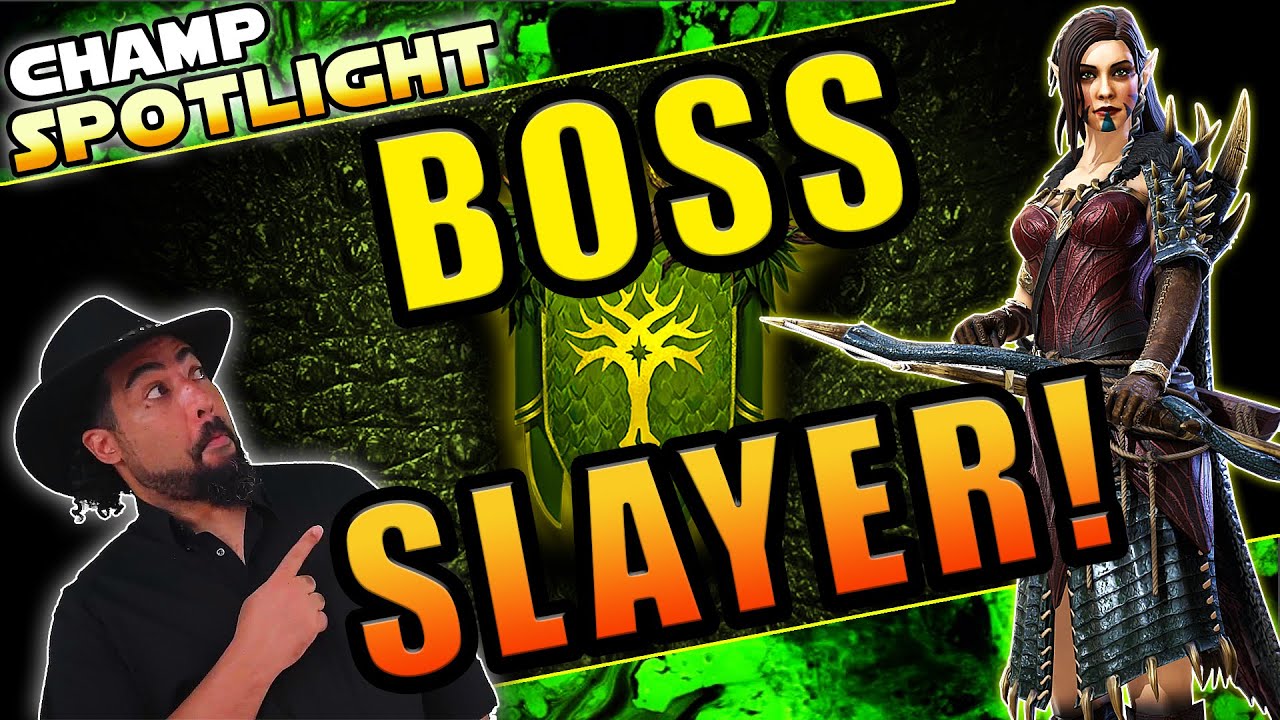 Ruella is an epic spirit champion from the newly formed Sylvan Watchers faction in Raid: Shadow Legends. Ruella is the pick of the bunch of the new epics in said faction, and for clan boss she can be really useful in so many ways. But is she that good for the clan boss and is she good anywhere else? Well, in this spotlight, we are going to shine our Raid light on her and see if she is!

A3: Timed Offensive – 6 Turn Cooldown (Books to a 3 turn cooldown)
Fills the Turn Meters of all allies by 20% and places a 30% [Increase C.RATE] buff on all allies for 2 turns.

Her A1 screams Fire Knight to me 3 hits and turn meter steal. Then her A2 has Decrease Defence, Weaken and Decrease Speed, these are 3 of the best debuffs you can place on any boss and her A3 have turn meter fill and increase crit rate on all allies. All three skills are amazing on their own, they make her a hybrid champion of a turn meter booster and a debuffer kind of like Deacon Armstrong. The four turn cooldown is long for her A2. but if you build her fast enough she can cycle around to it fast enough.

Where is she good?

Ruella is just amazing in Fire Knight, all her skills are pointed towards that dungeon, 3 hits with turn meter steal on her A1, Decrease Speed on her A2 along with the two strongest damage potential debuffs in the game and turn meter fill on her A3.. break the shield with her A1, weaken him and slow him down with the A2 and speed your team up with her A3. then all she needs to do is keep hitting that A1 and steal the turn meter and the Fire Knight will never get a turn. Think of her as Alure on steroids.

Dark Fae in Doom Tower is another area where she excels in. you need champions like Ruella in that fight or you will surely perish.

But she is an excellent addition to the game and will be the mainstay in many of your teams. Not to mention Faction Wars, when that does eventually open, she will be the first one on the team sheet!

Do you have Ruella? If so, where do you use her? Leave a comment down below, we love hearing from you!