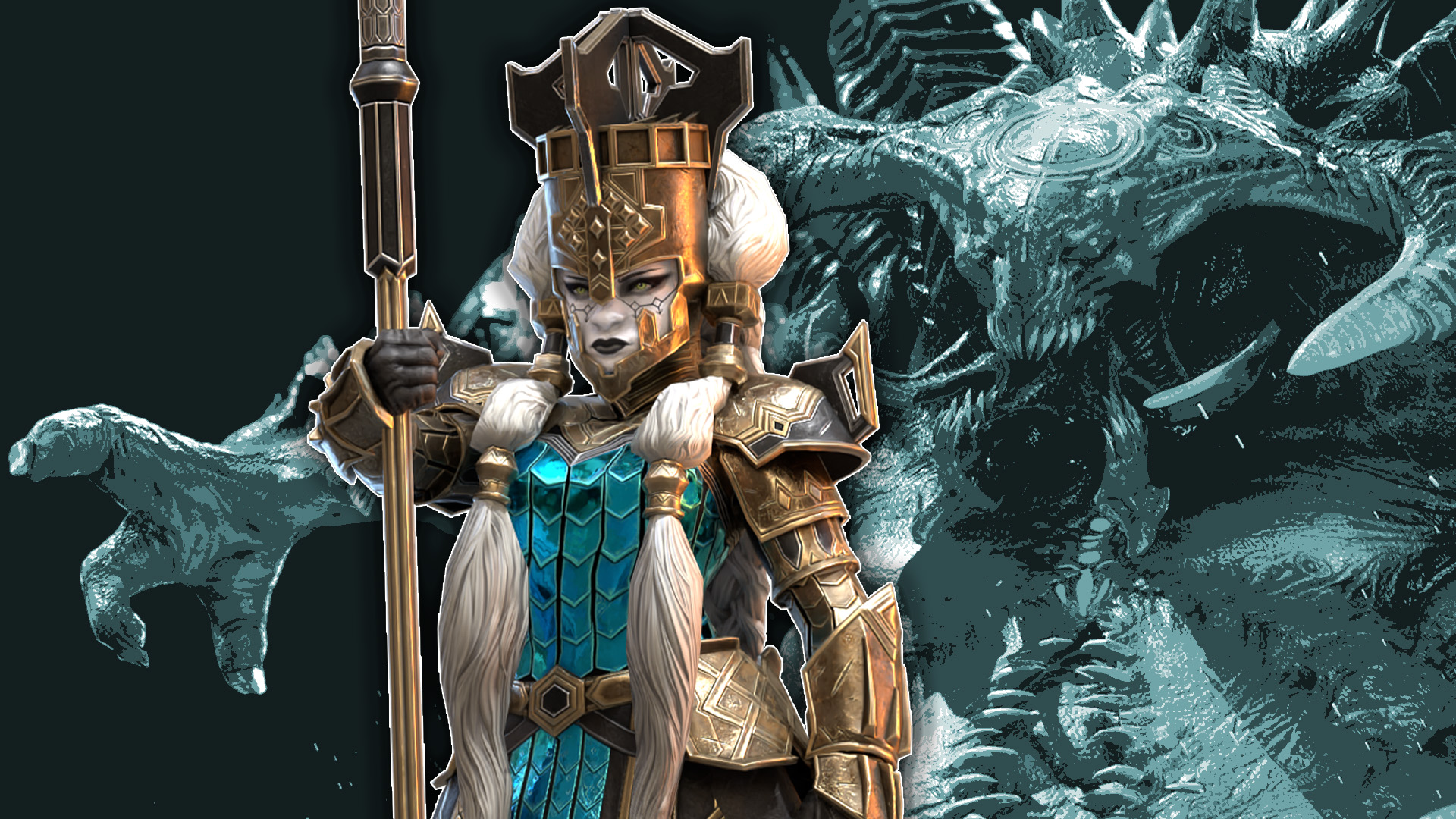 This is one of the best teams out there that has a rare involved! Of course, it is gear-dependent, but it isn’t a high one like other comps.

It’s full-auto so you can hit go and leave for about 30 minutes make a drink and have a snack and get back to the game to see you one key the Demon Lord.

Demytha is the key to this one key! She is the most valuable piece for the team, she brings a one-turn block damage buff on a three-turn cooldown! This is vital for the build! In the build showcased by DWJ below Demytha is running at 275 speeds. You are going to want to run Warmaster as he Masteries.

Next, you need an Heiress the farmable rare champion. If you can build her in a toxic set, then you get additional damage due to the poisons. She naturally counterattacks so toxic will get more use. Run her at 245 speeds for the comp to do well! Take her masteries down the Warmaster tree.

Deacon Armstrong comes in next at 185 speeds and places a Decrease DEF debuff on the Clan Boss plus great Turn Meter boost on a booked 3 turn cooldown. Same as Heiress take the same masteries.

Seeker is in the comp and is not shy to a Clan Boss Comp! He brings the speed and Turn Meter boost for your team. Build him in damage and 169 speed! He is going to a lot of damage so make sure you buff his numbers! Warmaster as per usual for Seeker.

Lastly, we have the DPS roll! Turvold is an absolute menace against the Demon lord running at 157 speeds. Warmaster is the best for Turvold as it’ll help you output some ridiculous numbers that’ll help you get the one key.

For spirit Clan Boss you should substitute your DPS Turvold for a Force affinity such as Brakus! Run him at 148 speeds and take Giant slayer for his multi hit ability.

We need Heiress not to get stunned. So, we need someone to take it!

Once all of this is in place, this Comp will run fully auto from the get-go on all affinities, so enjoy your easy clan boss runs daily!