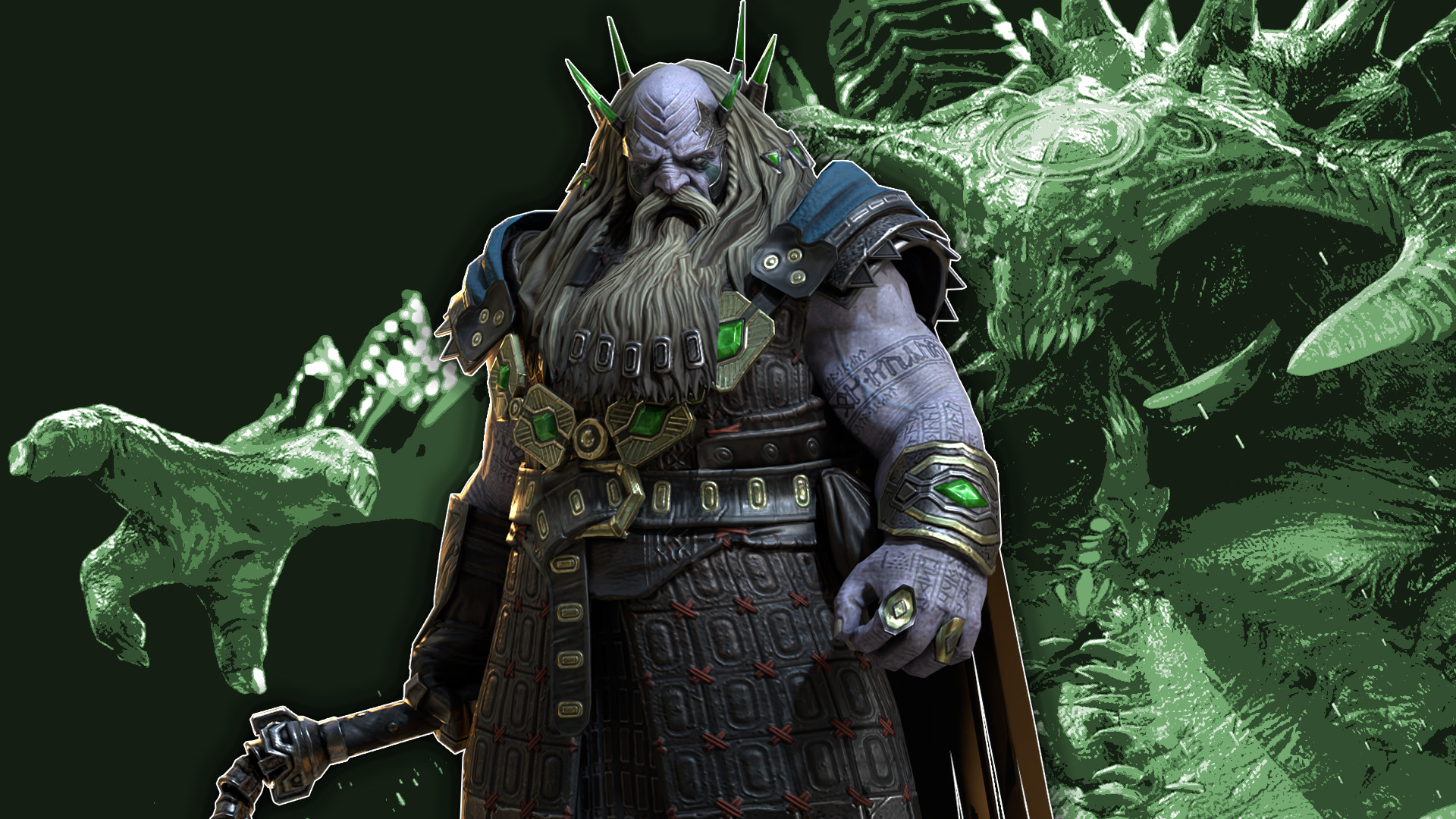 The infinity Gauntlet Clan Boss comp is the comp to end all comps.

it is the cream on top of the Clan Boss teams, it is a very specific tune and you need the right sets and stats for each champion, this one is not for the weak hearted and in this guide I am going to show exactly how to build it and what champions you can use, if you can build this team you have won Clan Boss.

The infinity gauntlet was a concept first used in the mainstream by Sharky where he was trying to exploit New game mechanics that allow players to easily defeat the Clan Boss with buff extension and shield manipulation, the results were amazing, in fact a competition ensued with him, Victortes and MulletReaver on who can achieve the highest damage number with MulletReaver winning in the end with over 1.1 billion damage making it the world record for Clan boss damage.

The Champions and Their Roles

Brogni is the main champion in this comp and there is no replacement for him, as he extends the shields placed by the other champions, a unique ability. Brogni also brings healing and block debuffs making this comp affinity friendly

The other champions that are essential to the comp are three buff extenders with a three-turn cooldown or with reflex gear on. For this example, I am going to use Krisk, Lanakis and Hellborn Sprite. Lanakis also brings in the ally attack, with Hellborn bringing a small version of weaken helping with the damage potential and we all know what Krisk can do

Having all this buff extension is great but who is going to do the damage and that’s where the rare Corpulent Cadaver comes in, the reason he will hit so hard is his A1 uses the damage equal to 30% of the value of the Shield that is placed on him to boost up his damage, enabling him to achieve astronomical damage numbers.

Don’t worry if you don’t have these exact champions only Brogni is a must. I will be giving you alternatives for each of the other champions. in the Krisk role you must have the increase speed buff to speed everyone up and the increase defence so the only other alternative for him is Lydia

As mentioned above, if you need to have one of your buff extender champions in reflex then that set will be required which Lanakis is one of them as her increase buff ability is on a 4-turn cooldown

Krisk: 286+ speed in guardian with as much defence as possible

When you start to build this team only worry about the defence, speed and gear sets first and make it to the turn limit. Once you reach the limit comfortably you can then start to add in attack to the build to increase your damage.

Team order: Krisk (lead), Hellborn, Cadaver, Brogni and Lanakis (since Hellborn has Guardian set on its optimal that she is ahead in the turn order to help mitigate the damage to everyone else.

Once you have everything set up, all we have to do is start on auto and watch for Lanakis taking an extra turn, if she does this then its restart time. Run it again until she doesn’t take the extra turn at the start, once she does that its all good to go, now sit back and read a book or something its going to take awhile.

This comp is an extremely end game comp and it is not for the faint hearted. But if you can build it, you should 100% do it. the 3 buff extenders can really be any one of them from Sandlashed survivor to Godseeker Aniri or even a second Krisk or Lanakis. The DPS champion aka cadaver can also be any other damage dealer like Turvold, Jintoro or even Geomancer

Have you built this comp or are you thinking of building it? let us know down below, we love hearing from you!